Need some help with your MUD client? Forgot your password? Get help here.
Forum rules
- Use common sense and be respectful towards each other at all times, even when disagreeing.
- Do not reveal sensitive game information. Guild secrets, player seconds are examples of things not allowed.
Post Reply
9 posts • Page 1 of 1

Could someone write a code to change the text of speech in the game? It's near impossible to spot in the battle spam.

I heard somewhere the chat could also be listed in a separate window... is this true?

Could someone write a code to change the text of speech in the game? It's near impossible to spot in the battle spam.

I heard somewhere the chat could also be listed in a separate window... is this true?

Another mud I played had ANSI colours or whatever its called, combat hits going out from you where one colour, people trying to hit you where another and so on, was easy as hell to see what was interesting.

I agree tho, the battlespam is IMMENSE and spotting stuff is damn near impossible 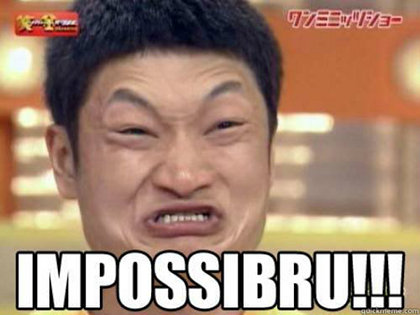 
Those are for zMUD..
Top

That's a lot of triggers... I just set mine for whispers and asks. Then, during combat I prefer to "whisper to team" or "ask player" if I want to talk just to one person. And I see others do that too.

This are all examples for highlighting just the beginning of the line, not the entire line of text.

For that you'd want:

/hilite in your ear|asks you

Note: for /partial and /hilite commands in TF you should first choose the default highlighting method there (reverse, bold, underline etc.). They're equivalent to /def -ah for hilite, -F -Ph for partial -t'pattern'.
I fear no evil for I am fear incarnate.
Top

I would prefer another feature:
"askhist/sayhist" that will give history of last 10-20 asks/whispers/says

I implemented it in my client. VERY convinient
Top

zar wrote:I would prefer another feature:
"askhist/sayhist" that will give history of last 10-20 asks/whispers/says

I implemented it in my client. VERY convinient

Yeah, thats something that would be very nice for most communication events, not only talk but also guild tells, messages, ntells etc as well. A few guilds have it for their tells, but very few... Maybe one day...
Top

Hmm... I believe in TF it was possible to use stuff like /recall 10000 | grep *say* or something like that, which would print out every line including say from the past 10000 lines sent by the host.

Edit: Also including TF version of communication highlighting (tested, not written on the knee).

Its really simple to have Cmud record tells, says, or whatever you want, in another window. Making it easier to see and keeps a scrollable history. I assume you can log it to a file too if you wanted to keep an even longer history.

The command to use is #Cap (capture).

So if you wanted to put ntells in a new window you do a normal trigger on "<Newbie>" with the following code.

That basically means it capures everything after <Newbie> for the next 10 milliseconds, which means it will capture whatever newbieline message, but nothing more.

There's is probably other ways to do this too, but I have found this working fine for me. If you want to record the stuff your friends say to another window, but nothing else, just add triggers for "friends name says / asks / whispers", etc. It'll probably take just a few minutes to add the people you normally team with and the way they speak. Then just line up your windows and voila, you'll never miss anything said no matter how much combat / travel-spam there is.
Top
Post Reply
9 posts • Page 1 of 1
http://tworzymyatmosfere.pl/przescieradla-jedwabne-z-gumka/